I love touring breweries to meet the crafty folks who create the delicious portfolio of brews we carry at Cherokee Distributing Company. Lagunitas Brewing Company in Petaluma, California, served as the end of my summer beer adventure.

The minute I heard one of their company mottos, “Beer Speaks, People Mumble” – I knew without a doubt we would all be friends. Greg Merideth, vice president of Lagunitas, graciously interrupted his busy day to tour us through the Lagunitas campus. It was hard to imagine that Lagunitas founder Tony Magee began his brewing career with a homebrew kit in 1993.

According to Merideth, the recently renovated brewhouse, outfitted with Rolec brewing equipment, will now produce 350,000 barrels of product each year. 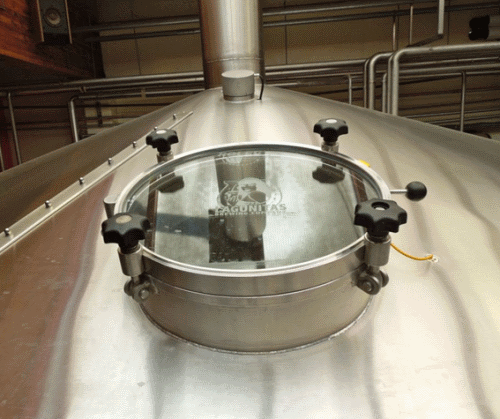 Brewing equipment in the recently renovated Lagunitas brewhouse will produce 350,000 barrels of beer a year.

Lagunitas is currently building a second brewery in Chicago, scheduled to open in late 2013. This facility will brew product for distribution east of the Rocky Mountains.

Following our tour we settled in at the Beer Sanctuary and Tap Room. Fresh beer, delicious food and live music are served daily. Here we relaxed with lunch and a sampling of Lagunitas beers we will be selling in East Tennessee. 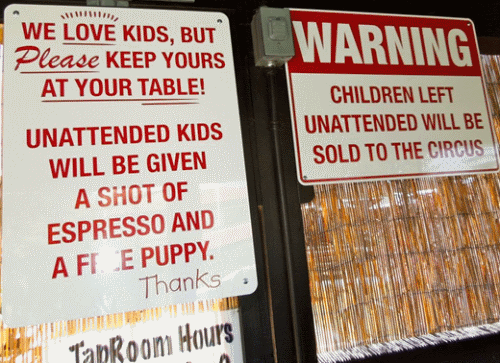 Signs in the Lagunitas TapRoom display the company’s sense of humor. 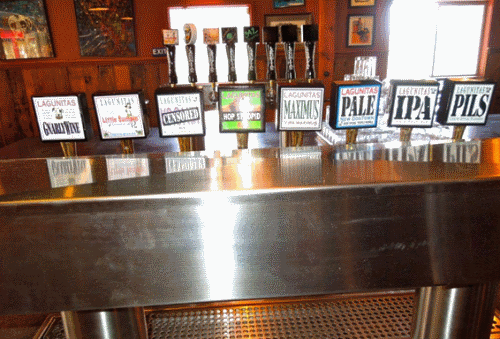 Our sampling of Lagunitas brews that Cherokee Distributing Company will sell in East Tennessee. Yum!

Cheers to our new friends and our new, artfully crafted brews from Lagunitas!